You are here: Home / Choices / A Window to the Past – My Past

Have you ever experienced an unexpected reminder from the past – from almost thirty years ago? Something that nudged memories long forgotten, and also gave you names you cannot even dredge up from the depths of memory? It is a very strange feeling. 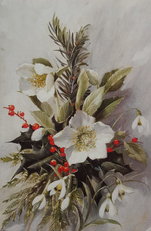 I just had that rather extraordinary experience. I was about to put away the Christmas cards that I had not used this year. They, and older cards, unused in previous years, were in a stack of several of those boxes in which cards come, placed in drawer, at the back, unneeded until next December. At the bottom of the stack were some old cards that I had received sometime in the past. I looked at one, and the names shown in the signature meant nothing to me. Total blank!

I looked at another, and those names I recognized. In addition, they included good wishes for the then coming year … 1990!

Gasp. I had received these cards in 1990 – twenty-seven years ago. And apparently they had been lurking in the back of a drawer, beneath other boxes, all this time. I had not noticed them during any of the past Christmas card sendings. Nor had they reappeared when I sorted all my belongings for the move. 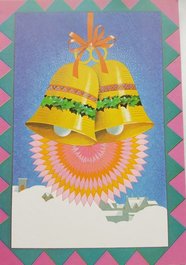 Today I finally had time to sort through them. From some of the signatures I was reminded that I had received them very early in the days of an extremely tumultuous and sometimes traumatic relationship that changed my life. Enough of that to say that it eventually guided me to become an addictions counselor. Later I designed several college degree programs that gave the groundwork to many students who are now themselves doing great work in the addictions counseling field. So I have to say that eventually the outcomes were in some ways very positive.

However, it is the tumultuous-ness and on-and-off-ness of that relationship, the – let’s be honest, the chaos – that leads me to wonder if I even responded to those cards, or if some of those relationships came to an end that year because I had forgotten about them. Did I just abandon those folk? A few are still close enough that we still exchange cards. What, though, of the others? Some, they or their partners, have died in the meantime. Some I don’t recognize. Some I can’t find, even on the internet.

I can’t help wondering… how did these cards survive? I have sent out and received Christmas cards 27 times since I received these. What has happened to those old friends? However, in some cases… who were those old friends, friends who signed only their first names? Friends whose addresses I apparently knew well enough to not need to know their addresses, and so not keep the envelopes? Did my Christmas card sending descend into chaos in the following chaotic years? Those were years in which, despite the chaos, I managed to complete, after many years, my doctorate in Social Psychology, change my mind about my future career, achieved more than I had hoped for in the ripples sent out via my many students… none of which helps me to figure out how to re-contact those past friends, or even if I should try. Oh yes, one, with an unusual name, I did manage to find and friend on Facebook. But the others… I wonder if, pack-rat as I am despite the move, I might still have an old address book somewhere… 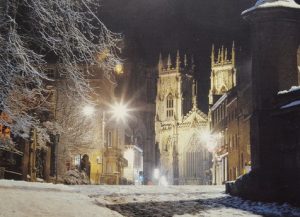 That – and I’ve written about this before – is the advantage of keeping old records that are on real paper. Electronic records disappear when we delete them. The older versions change when we update them. The original versions are gone. On paper a simple slash through an address has the same effect, but the information remains available should the need arise. That’s the next thing I need to find after I’ve done some work on “my next book.” (You may be hearing a lot more about that in the future.)

In the meantime, do you have “lost” contacts that you wish you could find? Now is a good time to track them down, through the internet or through social media. Since I began writing this I have found one person who helped me a lot back in 1989. I reached out, and wonder if I’ll get a response. I hope so, and I hope that you will be able to make a few worthwhile re-connections too, if they are good ones for you. Just as a nudge… I went looking for one old friend several years after we had lost touch, only to discover that she had died… less than a month before my search.

I’ll see what I can find. Of course, I am now wishing that I had been a conscientiously regular journal-keeper all that time, instead of only at times of high drama and emotional pain.

What kind of records do you keep? Could you remember all your card-exchanging friends from 27 years ago? The times you had spent with them, the places you had visited? The faces? The help they gave you? It is all coming back to me now – what I will do about it, if anything, remains to be seen.

Do please let me know your thoughts, your stories about “ancient discoveries,” as well as what you would like to see addressed in these blogs.

(Incidentally, if you wish to comment, the “Comments” link is above, next to the title.)

Find out more or adjust your settings.